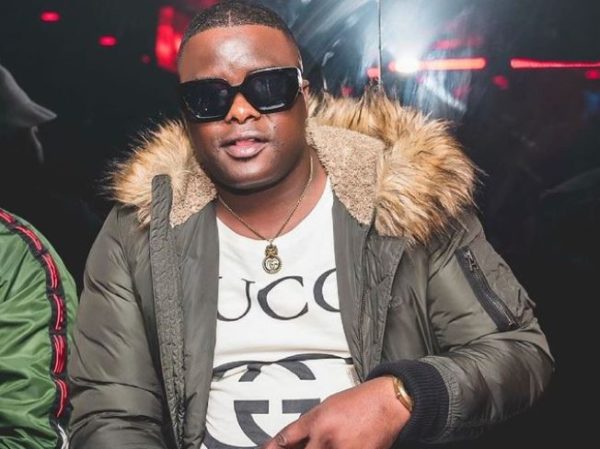 DJ Sumbody was killed in a shooting on Sunday morning. Oupa Sefoka, the DJ’s real name, has been confirmed dead by his family in an official statement.

“Oupa John Sefoka allegedly ran into an unfortunate incident that led to his passing in the early hours of Sunday morning, November 20 … investigations are still ongoing. The Sefoka family and Sumsounds Music Management have kindly requested privacy during this difficult time.”

It was reported that some unknown gunmen sprayed his vehicle with a hail of bullets while he was traveling on Woodmead road; the fatal shooting left him and one of his bodyguards dead.\

The news of Sumbody’s passing has left many devastated, and tributes flood social media from friends, fans and other internet users. 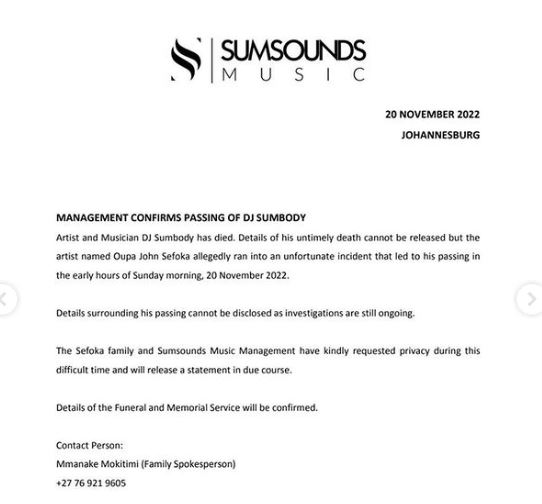