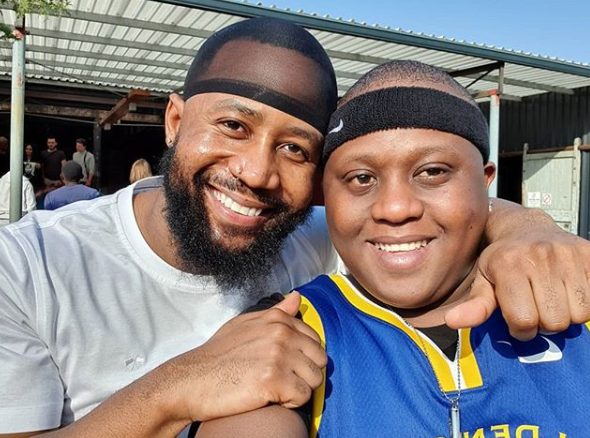 Cassper Nyovest dismisses claims that Carpomore is his son. They’ve known each other for over 20 years, and the rapper is clearly more famous and influential than the actor.

Cass took his cars to his hometown of Mafikeng in preparation for Fill Up 2022; video of the cars surfaced on social media.

Download:  Watch As Ntukza Explains Why He Is Delaying The Release Of His EP

One of the rapper’s cars was missing in the video, and a curious fan inquired of Cassper about its whereabouts.

Download:  Kuami Eugene: “I Was In A Toxic Relationship”

Mufasa responds by saying it’s with his friend Carpomore.

Some people believe Carpo is the new owner of the car, which prompted a fan to ask if Carpo is Cassper’s son.

Download:  Menzi Ngubane’s family issues a statement on reports of him being sick

“Does Carpo have cars of his own or he is just your boy,” the tweep asked.

Cassper Nyovest set the record straight but saying his friend has his own properties and assets.