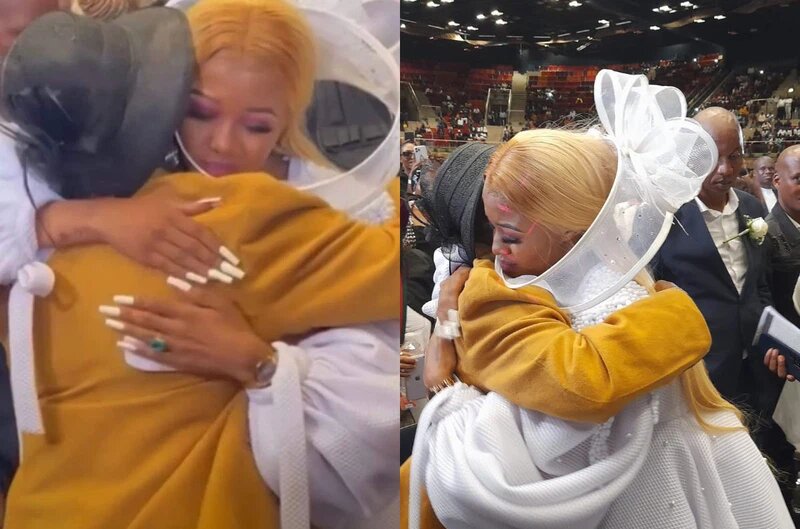 Pinky Gumede, Mandla “Mampintsha” Maphumulo’s sister, claims that her sister-in-law Babes Wodumo did not visit or call their mother Zamanguni Gumede while she was in the hospital.

Zamanguni died on Sunday, January 15, at the age of 64, after being hospitalized just over a week after her son Mampintsha died on December 24.

According to Pinky, who spoke to Daily Sun, Babes Wodumo — real name Bongekile Simelane — did not visit her mother in hospital. She also claimed that the Wololo hitmaker did not call.

“Despite making peace with MaGumede at Mpintsho’s funeral she never visited her in hospital and she never phoned her,” Pinky said.

“She has not contacted us and we’ve never contacted her,” she added.

Speaking at her husband’s funeral on 30 December, Babes Wodumo said to her mother-in-law: “I want to forgive you for all your sins because I am a child of a pastor, and I am saved. I forgive you. May whatever dispute end today.”

Pinky went on to say that her mother’s condition worsened when she saw how the Shut Up and Groove hitmaker was behaving on social media.

“What complicated things were the videos she kept posting on social media sometimes even insulting the family.

“My mother saw all of that and it worsened her condition.

“I feel she died with a broken heart. But she’s at peace now,” she said.

Before being hospitalised, Zamanguni told Zimoja that her daughter-in-law is disrespecting her son as she was not mourning the traditional way.

“Firstly, she is not at home, she is gallivanting in the streets, drinking and partying. Two, she is not wearing traditional mourning clothes. The daughter of a pastor is not following the rules. She is doing things her own way,” Gumede told the publication.

“I am not a very traditional person myself, and I understand people heal differently and deal with grief in their own way, but this is not right. This is painful to watch. She is disrespecting my son in a way,” she added.

Download:  Londie London Is Shining Even After Her Breakup