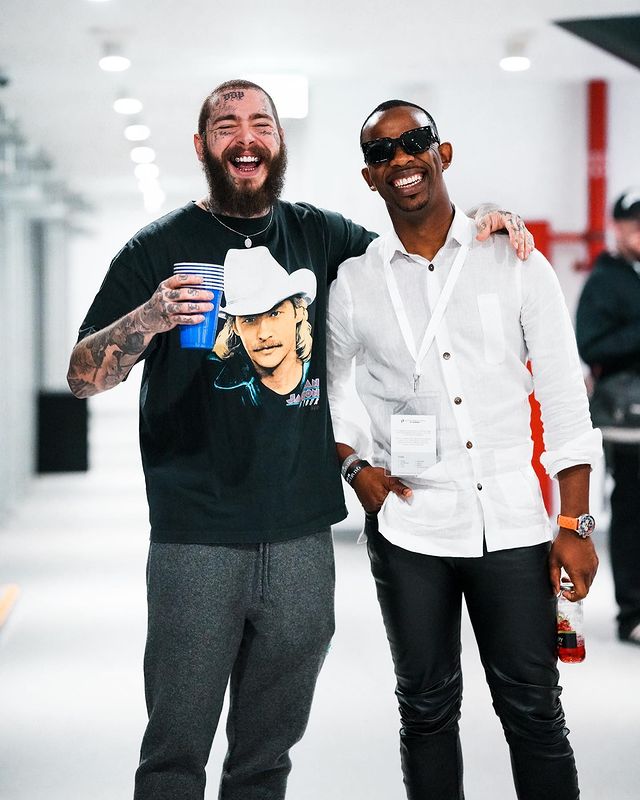 Zakes Bantwini collaborated with Post Malone in Qatar for the World Cup 2022.

The South African star was in the country to perform at a fashion show, and he left with admirable connections.

Zakes posted photos of himself with the international star, sparking speculation about a future collaboration.

It has been confirmed by TshishaLIVE that the two are working on something.

“The pair met at the show and discussed working together on a future music project as well as the potential of Zakes hosting Post for a show in South Africa in the near future. Post was previously in South Africa in 2019 for a performance at The Dome for Castle Lite Unlocks.”

Bantwini is currently mourning the passing of his father, but he is definitely coming back stronger.