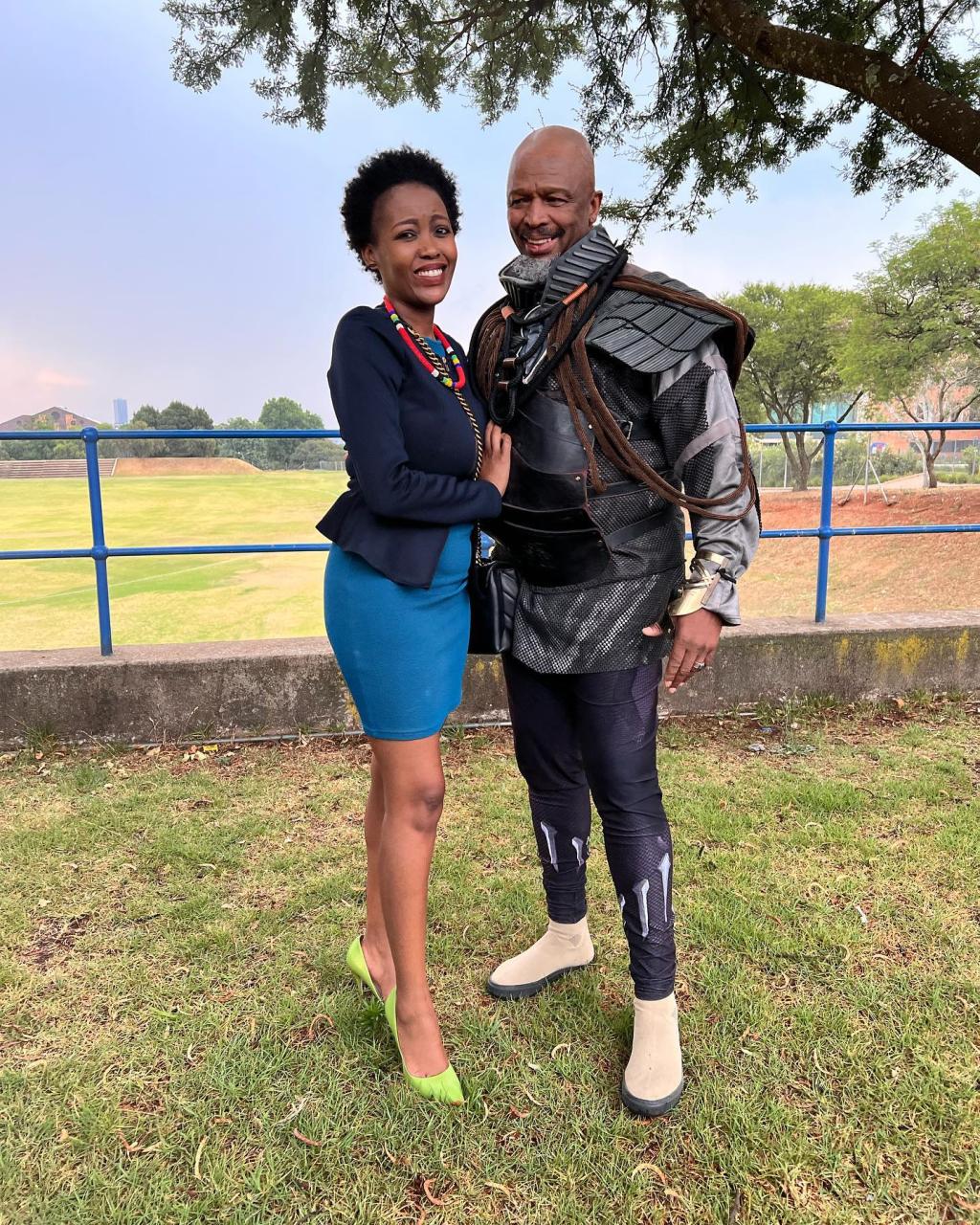 When actor Sello Maake KaNcube revealed that he had gotten his wife’s name tattooed on his ring finger. He was met with some hostility. He is married to Pearl Maake KaNcube, and many believe their marriage will end in divorce.

Sello took to Instagram to express how people always say his marriage with Pearl will end in tears, and he couldn’t agree more.

Not because he believes they will break up, but because tears run when someone dies.

“People say it will end in tears and I agree, all marriages end in tears, either through a divorce or through the death of the other partner. So, don’t live your life scared of what people will say. Focus on yourself and your happiness. Make that woman feel and know that she is the only one for you. My wife is what God ordered for me and I pray each person finds their Pearl in this lifetime!”

Sello has been married three times and once admitted that he was abusive before. He then launched Sello Maake Foundation to help men with many of the societal issues they face.

Sello Maake KaNcube was a guest on Kaya 959 when he admitted to hosts Dineo Ranaka and Sol Phenduka that he was an abusive partner. The hosts asked him if he had ever abused a woman and he admitted by responding with, “Yes I did”.

He then shares a bit of advise, “Deal with yourself first. It’s not what the other person does, it’s how you react to it. ”

Turning over a new leaf, Sello believes he has found the love of his life. “I made that decision the day I went to pay lobola when I said to my delegation, please don’t negotiate any amount with the family. Whatever they want, please tell them I will pay it because there are no ways you can put a price on a person who practically saved your career and your life. It took me 40 years to find her and God willing, I plan on giving her the best 40 years of life.”