“She breaks down in tears when offended, she’s not a troublesome person like me” – Osinachi Nwachukwu’s sister speaks in tears (Video) 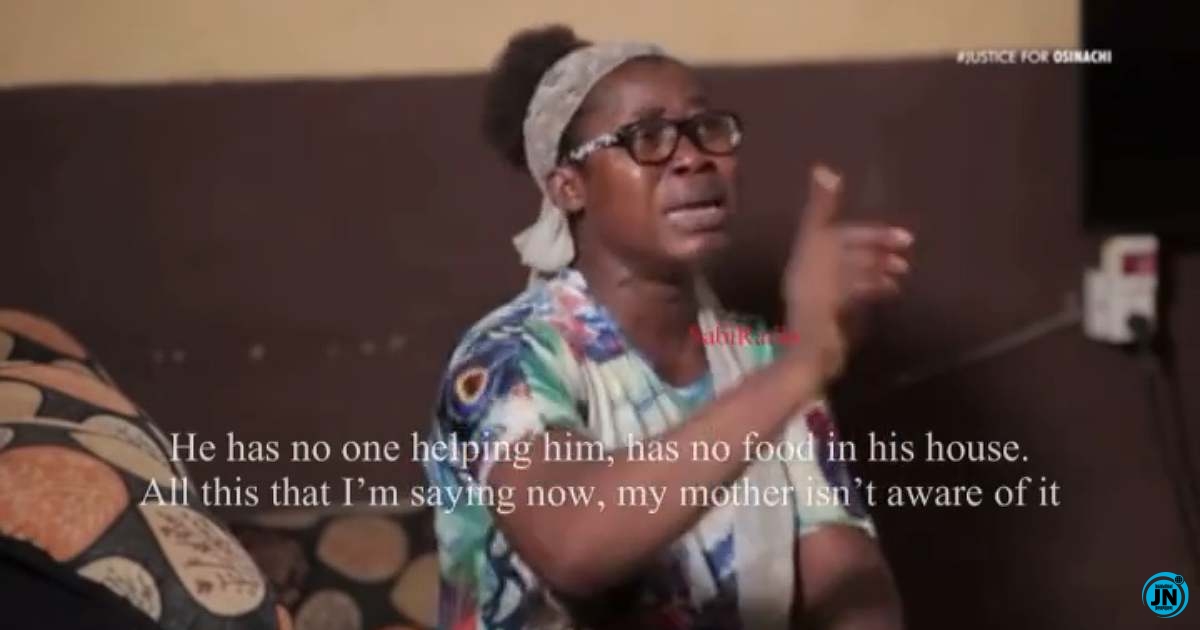 Grace, the twin sister of the late gospel artist Osinachi Nwachukwu has narrated some of the harsh treatments meted out on her sister by her husband, Peter.

In an interview with BBC Igbo, the lady stated that Osinachi wasn’t a troublesome individual as she inherited their father’s nature.

She revealed that when the gospel singer gets offended, instead of an outburst she begins to cry.

She added that there was a night Osinachi and her newborn baby got kicked out of the house by her husband not minding the cold weather and her first son was the one who had to give her a cloth to wrap the baby. 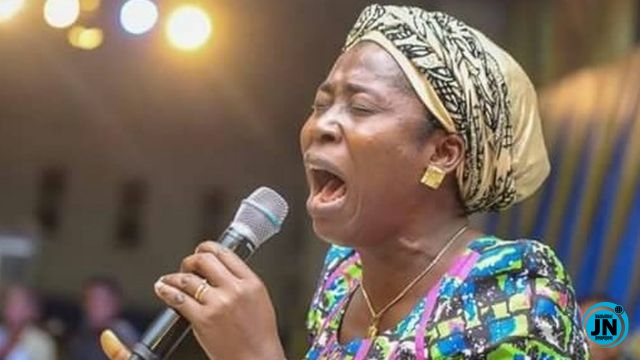 The lady while narrating her sister’s ordeal broke down in tears and rained countless curses on Peter Nwachukwu.

The gospel singer’s mother told BBC Igbo that Peter allegedly threatened that his late wife would only leave the marriage in death.

She also revealed that she couldn’t see her grandchildren for 8 years and was never allowed to come for Omugwo (traditional Igbo custom for postpartum care by the woman’s mother).

The distraught mother further disclosed that her daughter’s husband who claimed that he’s a Pastor separated her from her family. She further revealed that he never allowed her and her children to their house until Pastors intervened, and also pushed them out while she (mother) was sick.

The lady further averred that Osinachi left her marriage for over a year, and only returned after her husband came with Pastors to beg.

According to the singer’s mother, she told her a couple of times to leave, but Osinachi insisted on staying, insisting that the Bible frowns at divorce.

She also disclosed that before her daughter died, she and husband went for medical checkup and were told by medical experts that nothing was wrong with her. She however accused Peter of making up claims of his wife being a cancer patient.

The gospel singer’s sisters including her twin, also shared painful experiences with Peter. They recounted how he pretended to be a nice person, till he got married to their sister.

They corroborated their mother’s claim of not being allowed to do Omugwo for the singer’s four children and also claimed that Osinachi was maltreated while pregnant and after child birth.

The singer’s twin further disclosed that her sister was in distress when she sang her hit song, “Ekwueme” and that made her cry in the video which went viral afterwards. She added that her husband threatened to separate them and also fulfilled his threat.

They disclosed that Peter is unemployed and allegedly assaulted and extorted their sister repeatedly when she’s paid for her song ministration.

Watch the video below: