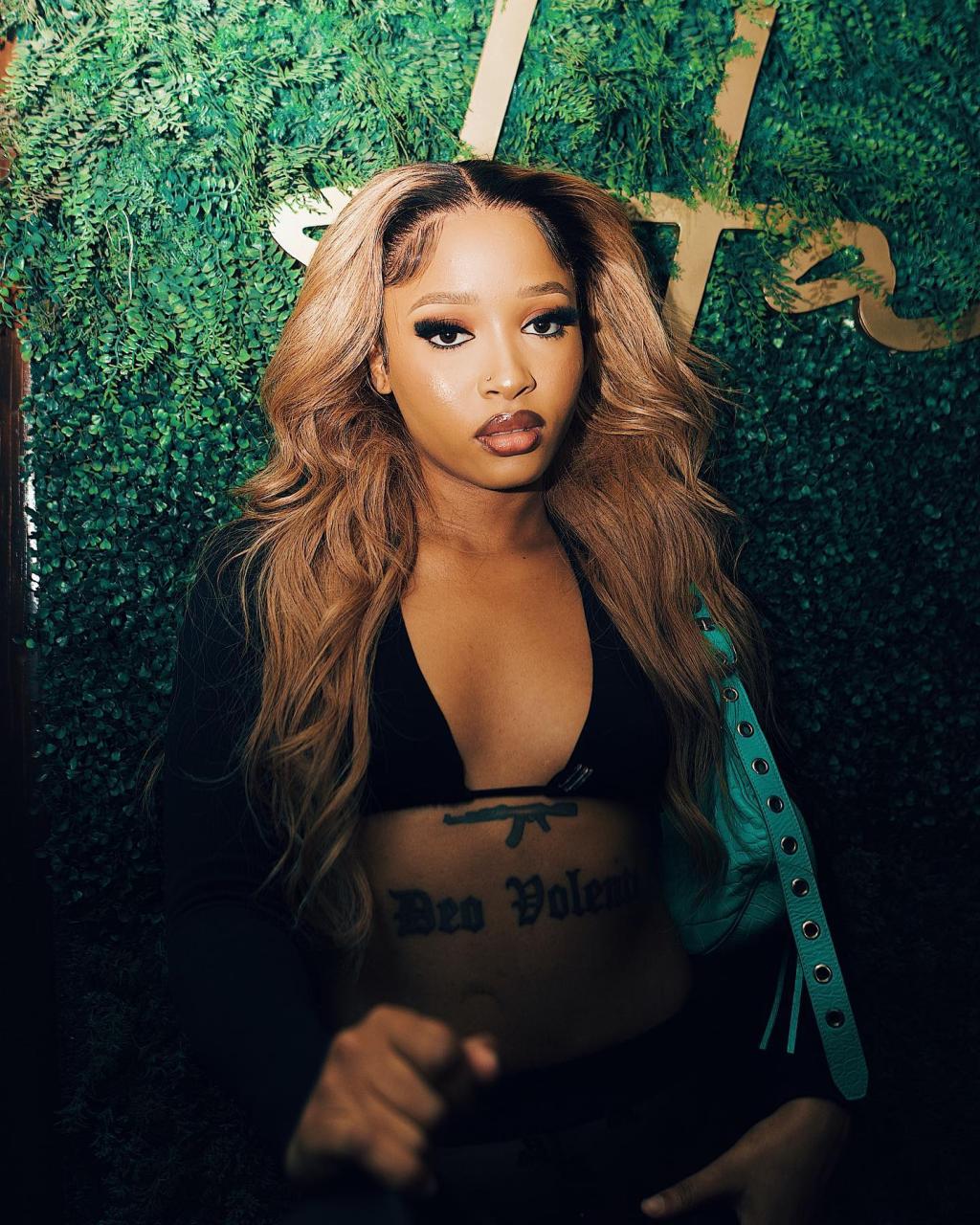 Lungelihle “Uncle Waffles” Zwane recently marked a big moment in her career: it’s been a year since the video that went viral and made her an instant superstar. Uncle Waffles’ career has gone from strength to strength in the year since she became a household name.

This is because she first worked as a DJ. Then she showed that she could hold a note, and then she became a full-fledged producer-DJ who could hear a hit. This is her first single, Tanzania, which has been certified multi-platinum and has a music video that has been watched more than a million times and is still counting.

She has also gotten a lot of love from international celebrities who have said so in public. But based on her Halloween costume, it looks like she might add another name to this list.

In South Africa, Halloween isn’t always a holiday that everyone celebrates. But if you are a ZAlebs with time, money, a stylist, a makeup artist, and ideas. What’s stopping you from making your dreams or worst fears come true on the American holiday? Nothing.

So, Uncle Waffles told everyone what she was going to be for Halloween. Like Lori Harvey, she was inspired by Beyonce Knowles-Carter. Specifically, Beyonce in the middle of the 2000s, when she put out her second album, B-Day, which had the hit single “Check On It,” which was also on the soundtrack for “The Pink Panther.” Uncle Waffles not only dressed up like Beyonce, but she also acted out some parts of the music video.

Download:  Rethabile Ready To Open Up About The Car Accident

It seems like only a matter of time before Beyonce falls in love with Uncle Waffles like so many other Hollywood stars. So, it wouldn’t be too surprising if Queen B reposted or liked something about our Uncle Waffles one of these good days, and she wouldn’t be the first to do so. This is because Drake was the first international star to say in public that he liked Uncle Waffles. Drake not only followed Uncle Waffles but also talked about him on his stories. But if rumors are true, Drake also offered to fly her to the US so that they could meet.

But Kehlani was the most recent Hollywood star to go crazy over Uncle Waffles. As was said before:

“Recently, American singer-songwriter Kehlani was in the country as she was part of the headlining acts for the two-city and two-weekends festival Rocking the Daisies. Starting in Cape Town, Kehlani would come up to Johannesburg as she wrapped the South African leg of her travelling tour.

During her time in Johannesburg, she conducted an interview with SilkourOnLife. While the interview had moments of depth as the singer-songwriter spoke about her musical journey and time in South Africa, Silkour did have fun with Kehlani by asking her if she has a local crush. Kehlani was quick with her answer as she picked Uncle Waffles.”