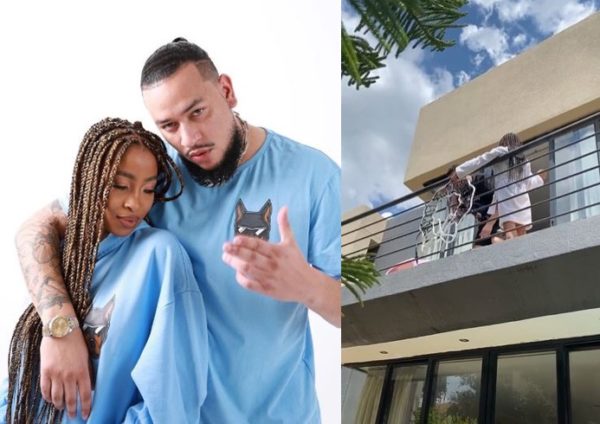 AKA is trolled for decorating his balcony while accompanied by his daughter, Kairo Forbes.The rapper shared a video of himself and Kairo decorating the balcony for Christmas, but many people misinterpreted the video as a father and daughter moment.

People were reminded of AKA’s former girlfriend, who committed suicide by jumping from the balcony of a tall storey building where they shared a room.

Kiernan Forbes was identified as a suspect because they were together, but he was cleared after a thorough investigation.

“Don’t push the young lady over the balcony,” reads the comment of a tweep.

On a balcony again

Dark, some of u might just end up being bouncers in heaven

A young depressed woman took her life and people think it’s something to joke about. SMH!