Somizi Mhlongo’s relationship status has been tough to determine since his marriage ended in tears and a lot of drama, and the fact that he has been dropping hints about his relationships that have led reporters on a goose chase has not been very helpful.

Although Somizi appears to have moved on from his failed marriage and has been on a mission to prove that he is on to better things and has even found new love, the identity of Somizi’s new boyfriend is no longer a mystery.

Everything you need to know about Somizi’s new partner, his ex-husband, marriage, and divorce is right here.

Who is Somizi’s new boyfriend? 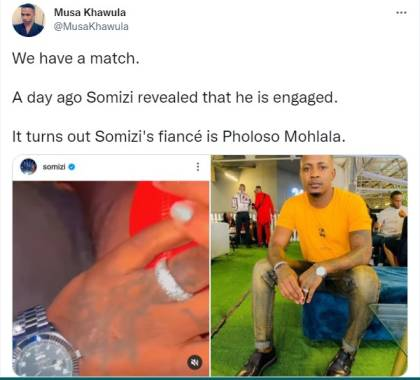 Somizi Mhlongo made a significant disclosure regarding his love life in April 2022 when he stated that he was ready to marry again. In an Instagram video, he showed off a massive engagement ring on his “new man’s” finger while carefully covering the ring wearer’s face.

It didn’t take long for tweeps to deduce the identity of Somizi’s alleged fiance from photographs of the ring and hand. Musa Khawula, a controversial blogger, reported on Twitter that the new man in Somizi’s life is Pholoso Mohlala.

Pholoso Mohlala is a South African actor best known for his portrayal as Thabang, a gay character on Isindigo. He is also a wealthy businessman who owns the 012 Gin liquor brand. According to several accounts, he has a net worth of roughly R 7 million.

A few months later, City Press reported that Somizi had paid lobola for Pholoso Mohalal and that the two were planning to marry in September.

Somizi confessed on Instagram that the harmful reports had greatly upset him because they were false. He explained that Pholoso and him were nothing more than good buddies. He also mentioned that Pholoso was married and that he and his wife were expecting their first kid.

In early July, Pholoso and his better half welcomed their child into the world. It appears that this was one of those times when Musa Khawula’s investigation was not very accurate. 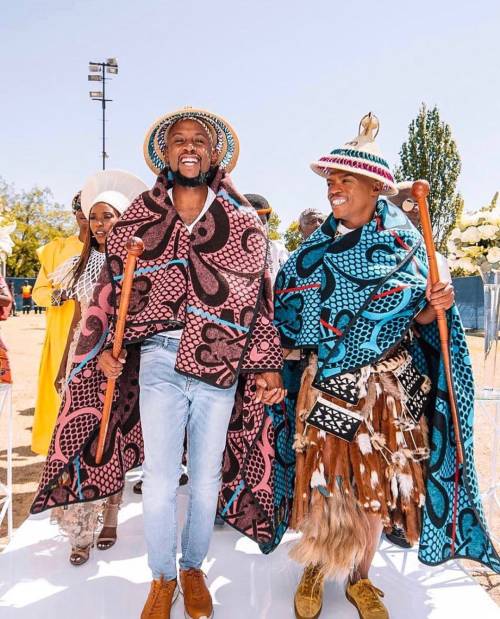 Somizi was previously married to Mohale Motaung, a businessman and media personality. They made their romance public in 2017 and wedded in a stunning traditional wedding in 2019, followed by an equally beautiful and expensive white wedding ceremony in 2020.

Although Somizi and his ex-marriage husband’s appeared to be joyful, and the two frequently acted as hot couple goals on social media, the marriage fell apart in 2021 after Mohale’s abuse charges against Somizi went public.

Since then, the ex-husbands have been airing their dirty laundry in public, steadily tearing down the “happily married” narrative that they once portrayed.

The divorce processes between the ex-couple are still underway, but you can read the latest developments on Somizi and Mohale’s divorce here.