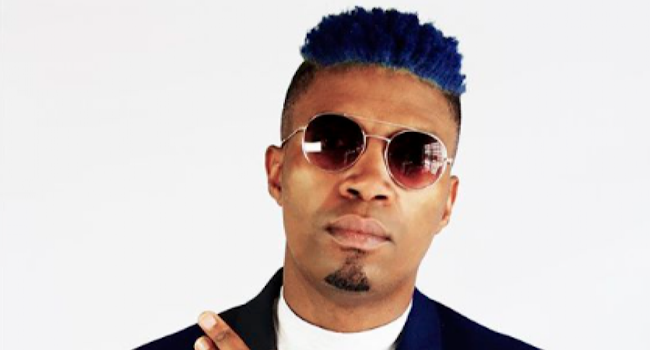 Ntukza explains why he is delaying the release of his EP. Ntukza is a well-known South African rapper who rose to prominence during the Teargas era. The Mlobo Wami hitmaker hasn’t been very active in the industry, but he has hinted that a music project is on the way.

Taking to Twitter Ntukza stated that he will be dropping his EP titled Shalom before the end of the year and he explained the reason behind the rushed decision. The rapper stated that the demand to drop his project hence explaining his rushed decision.

“There’s quite a demand for me to release music now so I thought, I might as well without feeling any pressure. I’m always on studio anyway. Stay ready so you don’t have to be ready,” he tweeted. In a recent u-turn, Ntukza has stated that he is reversing his decision to drop the EP this year.

Ntukza revealed that he had a meeting and the decision was made to push the release date for his project to 2023. The rapper called for his fans to be patient as he works through all the nitty-gritty of his body of work. “Had a meeting, my Ep was pushed back for next year, stay patient it’s coming beginning of 2023 #Shalom,” he tweeted.

In another tweet, Ntukza said that having his project pushed back gives it more relevance to reach a wider audience. With all that being said, the rapper went on and apologized to his fans for the inconvenience. “I believe my Ep being pushed back will give it more strength to reach where it needs to when it initially comes out. Sorry for inconvenience to all die hards, sobuya ngamandla!” He tweeted. 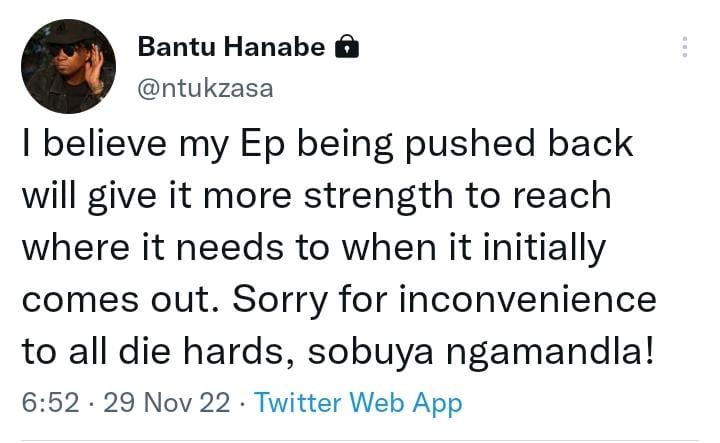 Teargas’ fans have been clamouring for a reunion, but it doesn’t appear that will happen since each rapper is currently focusing on their own solo projects.