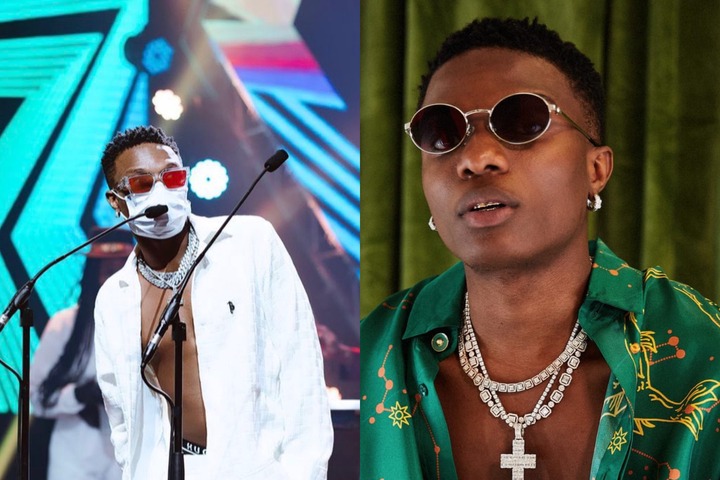 The Grammy Award-winning superstar singer has now hit the feat of being the first African artiste to have 100,000,000 lifetime streams on the Pandora music Platform.

It’s a massive feat as he doubles as the most streamed African artist on the platform.

What makes this special is that the streaming platform is only available in the United States Of America and not anywhere else, including Nigeria, where Wizkid has a considerable fanbase.

The app also rated Wizkid’s audience engagement as strong and his artiste page as epic.

See the screenshot below: 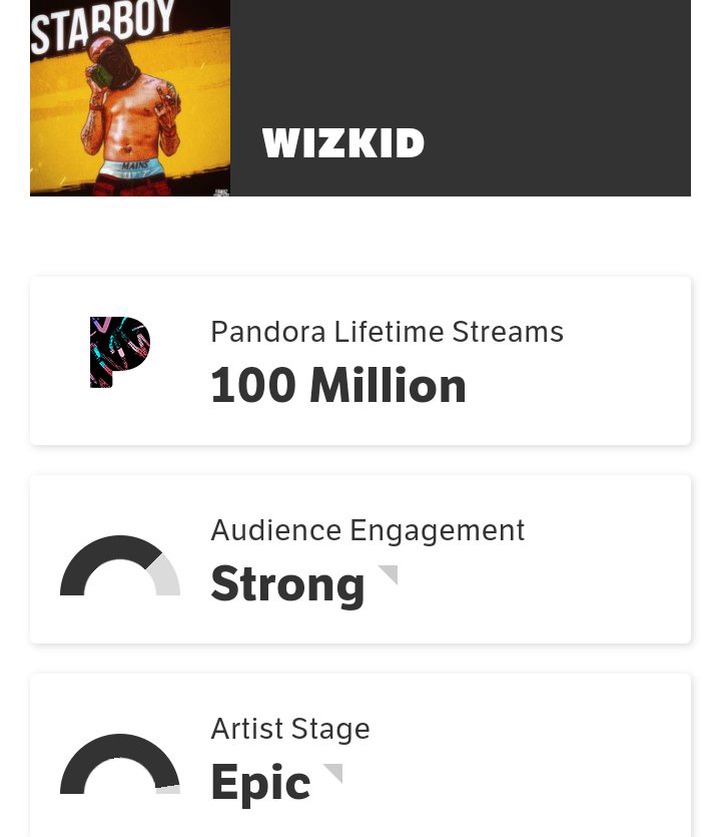 The rise in his streams on this app could be due to his last album, ‘Made In Lagos.’

Wizkid fans have however taken to the platform to heap praises on their favourite. 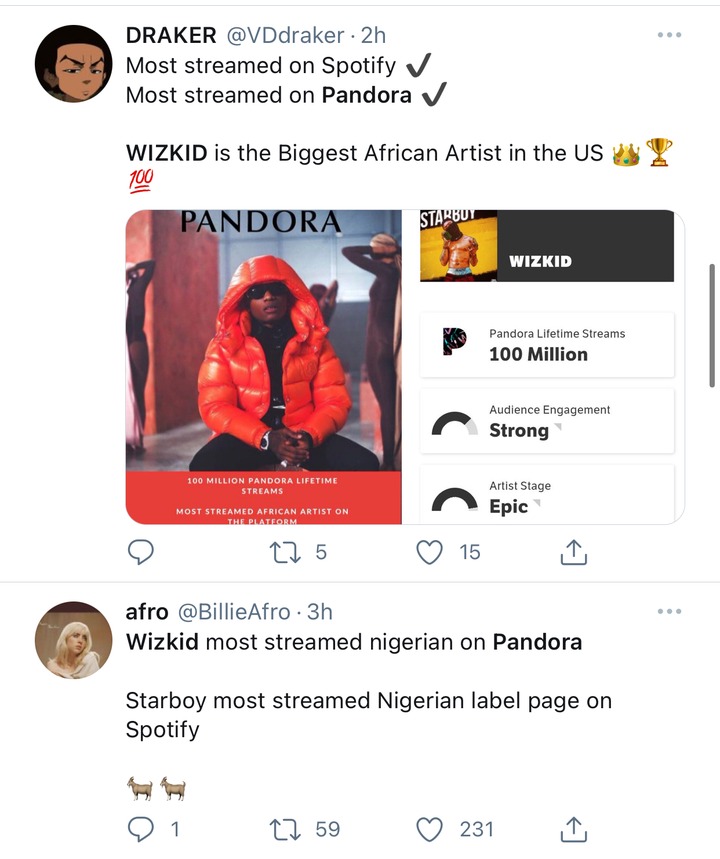 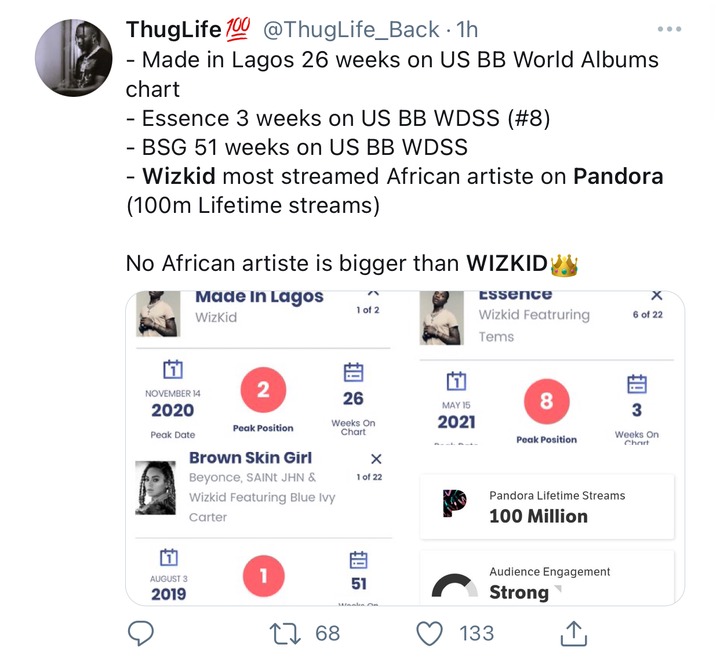