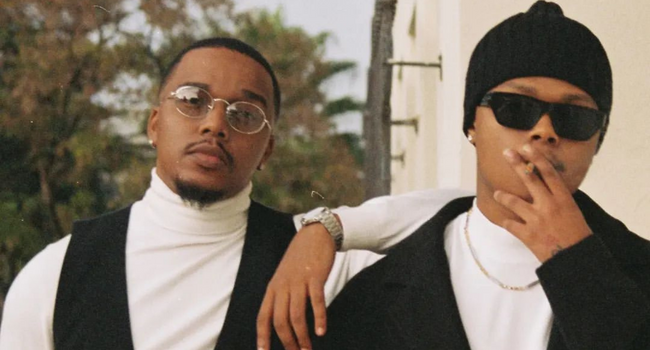 After their 2021 collaboration, Jay Jody responds to accusations of riding on A-Reece’s fame.

“Stop using your brother for fame & clout… It’s pathetic. You’re holding him back. Rather help him write Tswana raps than try putting your whack a** on the map,” Nota Baloyi wrote.

5-February-2023
In response to the claims, Jay slams Nota and further revealed that it was Reece that suggested the collaboration.

“I don’t know how you were raised n*gga but we are family, we do everything as a family, you’re supposed to take care of your family,” he said.

Download:  Lerato Kganyago hits back at trolls claiming her success is due to nepotism

“People think all these things are like I am the mastermind behind it. First of all, you all are underestimating how clever A-Reece is … he was the one who came to me saying we are about to do a collabo tape and I was like; ‘No, that’s not going to be a tape, it’s going to be an album.’

“That’s two brothers coming together, working on something. So if he says I’m riding on that, of course, it’s fine, that’s my brother, why the hell not? If I was in that position, I would want to do that too … for me, it’s like, that’s my family. I would do the same thing for him, he’s doing the same thing for me. My dad would want this, my mom wants this, so we don’t care about you brother.”

Download:  Watch Out As Trevor Noah’s Emotional Bow Out From ‘The Daily Show’